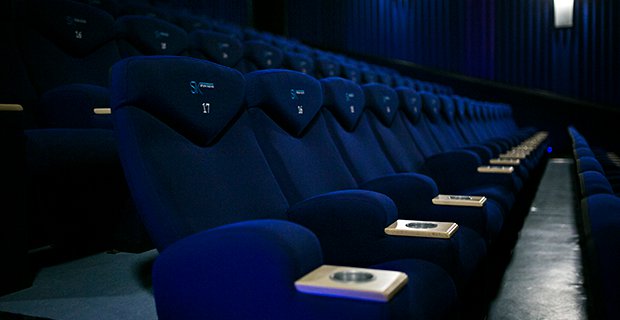 Ster-Kinekor Theatres Pty Ltd is a company with limited liability incorporated in accordance with the company laws of the Republic of South Africa.

To most South Africans, the word “movies” is synonymous with the name “Ster-Kinekor”; the biggest movie exhibitor by far (more than double the size of it’s nearest competitor), Ster-Kinekor owns some 60-65% of the market, boasting some 55 movie complexes in South Africa (more than 400 screens and 64 000 seats) with 154 state-of-the-art 3D cinemas, giving Ster-Kinekor the largest 3D footprint in this territory, as well as 6 complexes in neighbouring territories.

Strategic Partnerships driving Ster-Kinekor’s supremacy in its market are those with IMAX and D-Box, through which our customers can experience unique and superior movie experiences. These include the quality of images, sound and kinetic seats for a more immersive and sensory experience. Ster-Kinekor currently has seven IMAX cinemas and four D-Box seating cinemas available in select regions across South Africa.

The History of Ster-Kinekor’s Journey in South Africa

The Ster-Kinekor cinema experience today is one that is truly immersive with crystal clear visuals and sound that reverberate in your soul. As the market leader, Ster-Kinekor aims to spearhead the advancement of cinema across both South Africa and the rest of Africa, to ensure that consumers continue to experience movies as they were made to be seen – on the big screen.

Ster-Kinekor has come a long way since its first movies were shown in South Africa in 1896, at the Empire Palace of Varieties.
The company operates 57 commercial cinema complexes in South Africa, with six international sites based in Namibia, Zambia, and Zimbabwe.

However, the first dedicated bioscope opened 1910. Then the great depression hit and times were dark. But after the great depression, with optimism in the air, I.W Schlesinger formed the African Theatres Trust. During this time, Kinemas (S.A) Ltd became main the competition. However, Kinemas and African Theatres Trust merged to form African Consolidated Theatres LTD. It was during this time that Metro-Goldwyn-Mayer and 20th Century Fox entered the local market.

During this time Government decreed that companies be run separately as Ster and Kinekor, but in 1970, Government permitted the merger of the two companies as Ster-Kinekor. Also at that time, television arrived in South Africa.

1976 saw the Cinema Multiplex Complex Development and in 1997, Ster-Kinekor developed an art circuit rebranding and Cinema Nouveau was born.

saw the start of the digitalization of Ster-Kinekor. During 2013, the company embarked on a massive roll-out project to convert and equip every cinema with the very latest in digital projection and sound technology.  3D Cinema was introduced in 2008, in 2011, Ster-Kinekor Mobi was introduced and the following year, in 2012, Ster-Kinekor launched apps and Cine Prestige. The award-winning SK App, which is downloadable on all smartphone operating systems, is interactive, user-friendly and feature-rich, and recently recorded over 1.9-million downloads.

With the largest 3D footprint across the country, Ster-Kinekor has 19 Cine Prestige screens, seven IMAX screens, 200 digital screens, 135 3D screens, and counting. Ster-Kinekor has over 87 264 seats country wide. 1700 staff and 645 tonnes of popcorn later, it’s little wonder that Ster-Kinekor has a loyalty base of 1,97 million and that to most South Africans, the word ‘movies’ is synonymous with the name ‘Ster-Kinekor’. 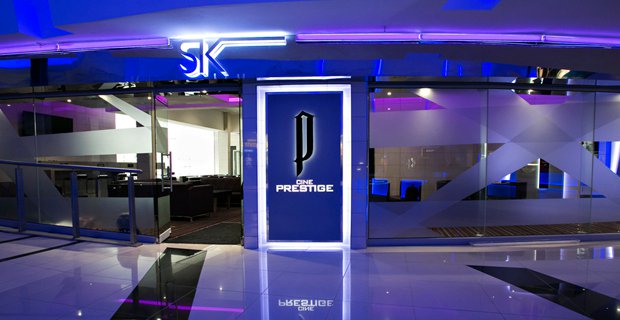 In more recent times, Ster-Kinekor sites have introduced the IMAX and Cine Prestige experiences, self-service catering and ticket reservations. There has also been an introduction of more catering options, beer, wine and coffee offerings at Cine Prestige sites.

With the largest 3D footprint across the country, Ster-Kinekor has 19 Cine Prestige screens, seven IMAX screens, 200 digital screens, 135 3D screens, and counting. Ster-Kinekor has over 87 000 seats country wide, around 1700 staff and over 600 tonnes of popcorn later, it’s the little wonder that to most South Africans, the word ‘movies’ is synonymous with the name Ster-Kinekor.